The white lab coat is the identifiable symbol of your new identity as a physician. Learn more about the history of the white coat and its associated ceremony here. 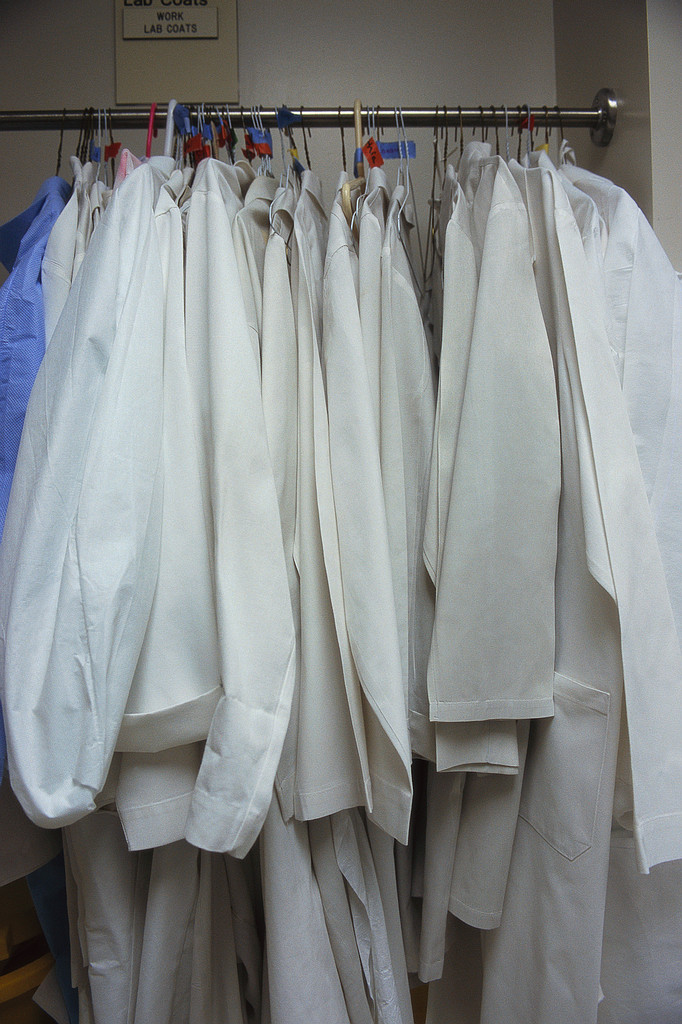 History of the White Lab Coat

Lab coats were first worn by scientists in the late 1880s to protect their skin and clothing from the substances they were working with in laboratories. Physicians dressed formally in the costume of a professional gentleman: black frock coat, black pants, white shirt under a vest of black or a muted pattern crossed by a gold watch chain, and a black hat, tricorn or top hat, whatever was fashionable among gentlemen to wear out of doors. Dressed like this, a physician making call at their patients home inspired respect, perhaps trust and certainly obedience to his "orders" from his patients, their families and household staff and nurses.

Prior to the latter decades of the 19th century, medical therapies were based more on tradition than evidence. During the last years of the 19th century, however, scientific research in medicine made tremendous progress. Germ theory of disease, for example, was proven. Medical education was overhauled and rigorous curriculum, including research in laboratories and clinical experience was added. Diploma mills closed and medical degrees were no longer obtainable strictly through apprenticeships with established physicians.

To distinguish themselves from older physicians without academic credentials, graduates of diploma mills, homeopaths and quacks who made money from selling concoctions and pieces of apparatus which usually had no therapeutic value at all, physicians began to wear the white lab coat. It embodied the new ideology of physicians as scientists and medicine based on sound scientific principles and research. By 1915, the white coat was the norm, although for house calls, physicians still preferred to dress formally.1 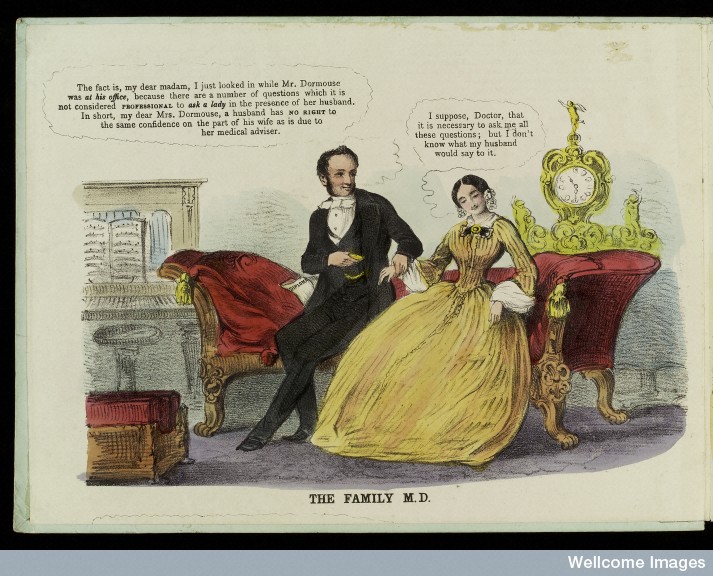 A physician making a house call in 1852

Background Information on the Ceremony

The first White Coat Ceremony was held on Aug. 20, 1993 at the Columbia University College of Physicians & Surgeons. Since then many schools in the United States, Canada and other countries have held similar events. Grants from the Arnold P. Gold Foundation supports the event financially in the United States. Some schools of osteopathy, physician assistant programs, pharmacy schools and veterinary colleges also hold white coat ceremonies at the end of their first academic year.

They are usually accompanied by the taking of the Hippocratic Oath, the Oath of Maimonides or some other student written oath of professional conduct. See LibGuide "Oath of Hippocrates" for more information on the oaths.

The ceremony is not without criticism. Some see the ceremony as pointless and the oath irrelevant to modern medicine. But the need for a clear understanding by physicians of the ethical behavior expected of them in their professional lives is incontrovertible. The teaching of professionalism and medical ethics is a vital part of the medical school curriculum.