Explore library resources related to the history of the nursing profession.

Miss Florence Nightingale, 1820-1910. Click on her picture to read her biography. 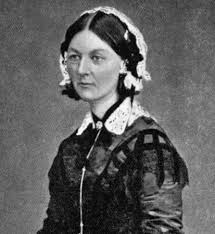 The Books that changed nursing forever. Notes on Nursing, 1859; Notes on Hospitals, 1859 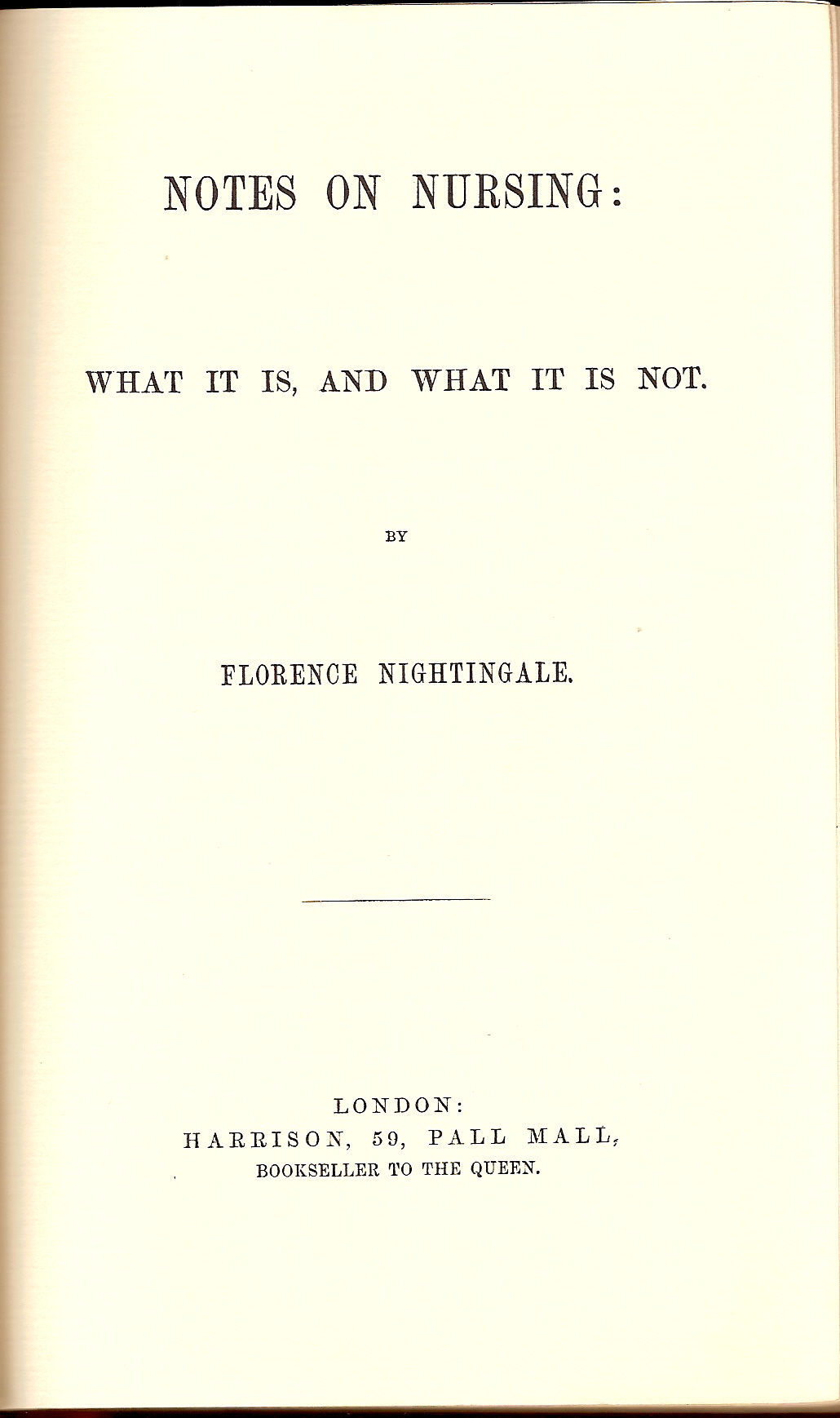 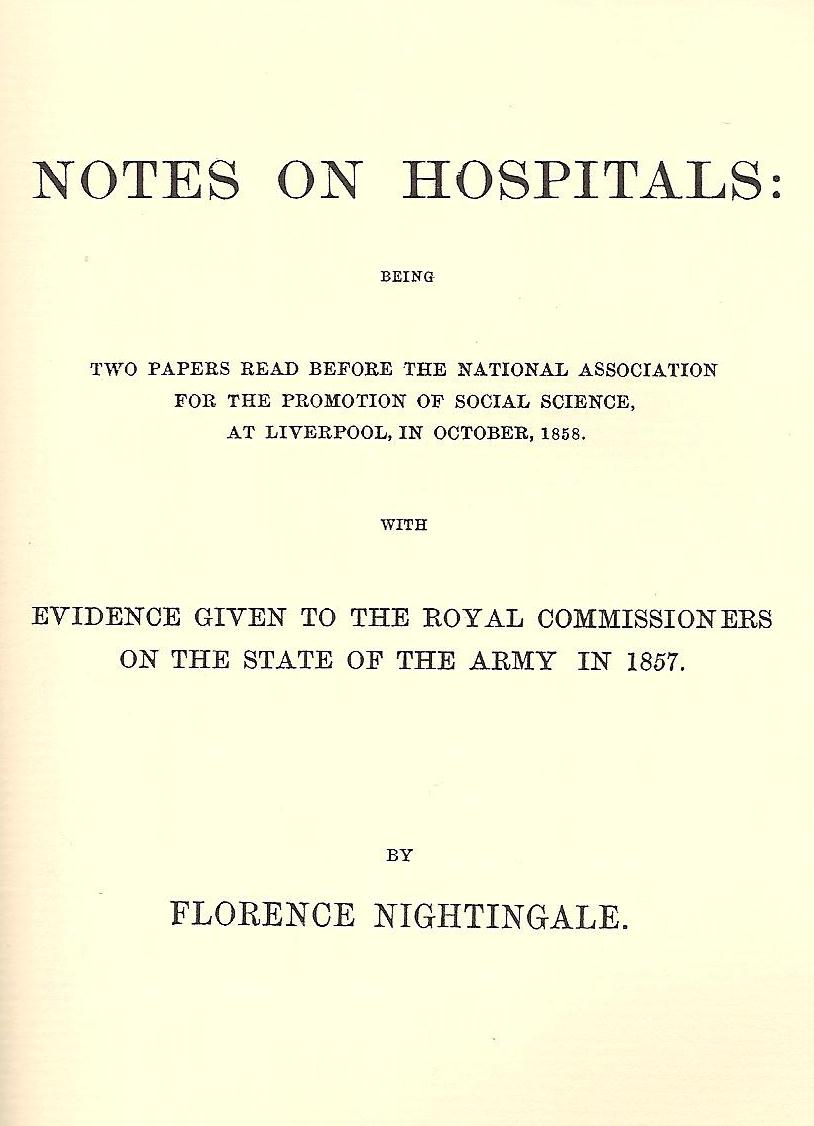 Notes on Nursing sets out the fundamental principles of nursing in such a clear and concise way that they are still true today. 15,000 copies were sold the first month and a second edition, enlarged and revised, was published in 1860. An abridged edition called "Notes on Nursing for the Labouring Classes" was published in 1861. It is still a readable and extremely interesting book, quite brief at 79 pages.

Notes on Hospitals, on the other hand, was never published but rather was printed at Miss Nightingale's own expense in 1858 for 'private circulation among influential people'. It was written at the request of Lord Panmure, Secretary of State for War for the Royal Commission on the Health of the Army of 1857 that was looking into the medical situation during the Crimean War. It was written in 6 months in a white heat of indignation at the incompetence and indifference of the army medical system. This book made impressive use of statistics and pioneered in the use of diagrams to make clear what they meant. This book is longer at 108 pages plus 4 fold out plates of hospital floorplans.

(Notes on Nursing and Notes on Hospitals / Notes from the editors. Classics of Medicine Library, 1982.)

Other publications by Florence Nightingale available at McMaster

Most of her publications take the form of correspondence which has been compiled and edited. Most recently Lynn McDonald at Wilfrid Laurier University has been editing and publishing collections of Nightingale correspondence.

All publications written by Florence Nightingale available at McMaster

Search the library catalogue by clicking on:

Florence Nightingale Museum, London, England. Her home in London, where she wrote letters all over the world between 1856 when she returned from the Crimea to her death in 1910, is open to the public.

Florence Nightingale Museum and barracks, Istanbul, Turkey. The Selimiye Army Barracks, where the museum is located, was built in 1828, and extended in 1842 and 1853. It is the headquarters of the Turkish First Army, with 2.5km of corridors and 300 rooms. During the Crimean War (1853–56) between the British and the Turkish empires, the barracks became a military hospital where Nightingale and her nurses worked. The museum is spread over three levels in the northwest tower of the barracks. On the two upstairs levels you see Nightingale’s personal quarters, including her surgery room with original furnishings (including two lamps) and her living room. Recommended by Lonely Planet. (Edited from www.lonelyplanet.com, July 10, 2012)