The Hippocratic Oath and others

Although written in antiquity, the Hippocratic Oath still expresses the principles for the ideal conduct for the physician. Learn more here.

More from the Health Sciences Library

Most graduating physicians still swear to the Hippocratic Oath, either classic or modern versions

Although written in antiquity, the Hippocratic Oath still expresses the principles for the ideal conduct for the physician: treat the sick to the best of your ability, respect patient confidentiality, etc. Today, most graduating medical-school students swear to some form of this oath, usually a modernized version.

However, many physicians feel that the Hippocratic Oath is increasingly  inadequate to address the realities of modern medicine. Secularization of society, birth control, euthanasia, gene therapy, medical specialization, and government involvement are just a few of complexities that the oath does not seem to address. While the original oath was taken as a binding covenant, to many physicians the oath-taking is now just a nod to tradition and devoid of any influence on them and modern medical practice.

Other physicians think that the principles enshrine a shared core of moral values that are still relevant to all physicians. Moreover, the oath's pagan origins lifts it above any religious beliefs of modern religions.

Rewrite it or abandon it altogether? What do you think? 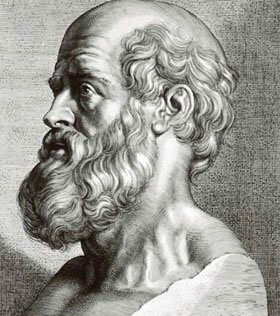